Simultaneous Interpretation and Its Importance

Simultaneous Interpretation and Its Importance 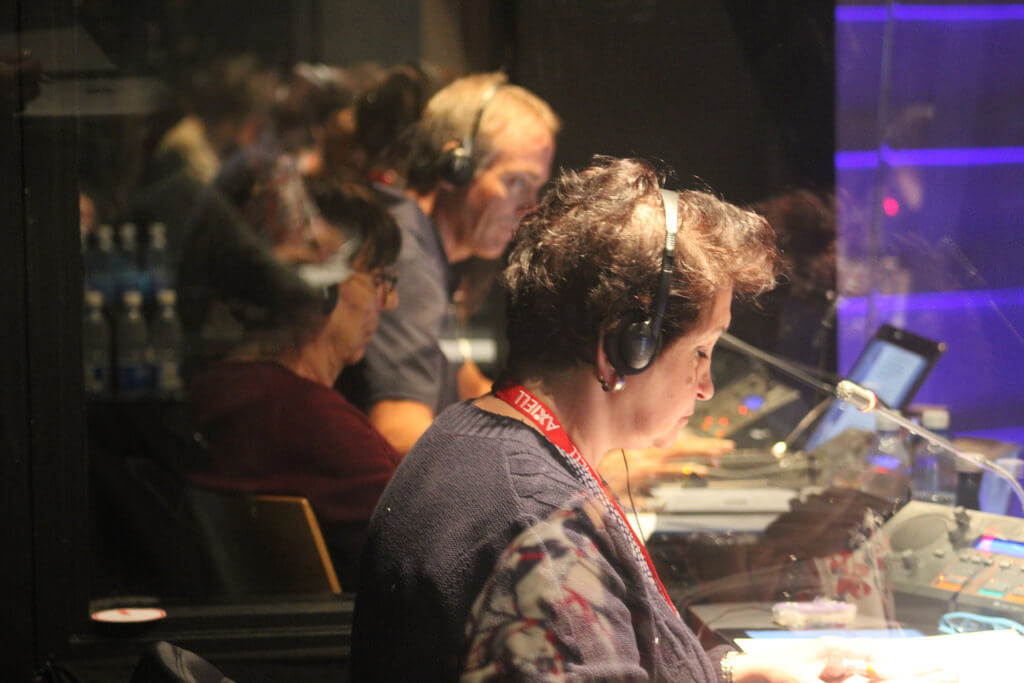 It is the objective of the interpreter to successfully convey every semantic element of the speaker’s speech as well as the tone and also register the intention of the message that the speaker is directing at the recipients. In cases where written speeches or lectures need to be interpreted, pre-translated texts are often used.

Simultaneous interpretation is one of the most common types of interpretation in the world, and the interpreter has to do the best within the time permitted by the pace of the speech, while at the same time not disturbing the natural flow of the speaker.

Simultaneous interpretation is one of the most demanding professions in the world. Only by being fluent in two languages does not mean that the nuances of correctly interpreting in a stressful environment come easily. There is also no time to consult a dictionary in case if there is an unfamiliar term or expression. The interpreter needs to be completely confident about their speaking skills. Improvisation is, therefore, an essential skill in this job.

Interpreters become the voice of these international meetings and therefore, they need to be mentally prepared for carrying on through lengthy meetings and interpreting technical materials as well. Due to the intense nature of work, each interpreter usually works for 20-30 minutes at a stretch and then takes a break of 10 minutes in between each meeting. If the quality of interpretation suffers due to the interpreter being tired, listeners are the ones who are going to bear the full brunt of this. It is generally a standard industry practice to hire two interpreters for simultaneous interpretation assignments.

An exciting tidbit to know is that the technique of simultaneous interpretation was first employed at the Nuremberg Trial after the end of World War II.

Generally speaking, there are two types of simultaneous interpretation that exist, and these are segmented on the basis of whether any equipment has been used during interpretation or not.

• It can be used for very few number of delegates who are standing or sitting close to each other.

• It is generally used in bilateral meetings or in groups where some delegates do not share a common language.

• It is often used in place of consecutive interpretation to save time.

Many times, the whispering interpreter can also use a headphone so as to achieve the best possible sound coming from the original speaker.

In order to carry out the interpretation process in complete silence, one can make use of proper simultaneous interpretation booths. In this process, the interpreters are placed inside of a soundproof booth. These booths can be either permanent or portable/mobile. Some features of these booths include:

• The portable booths are quick-to-assemble
• There is space for two people, though the booth can be extended for up to four people.
• A table and two roof elements are included in the booths along with eight wall panels
• Wall panels are extendable up to 13 – 15 panels.
• Booths are available in multiple sizes
• These booths are generally built according to the ISO Standard 2603 on built-in simultaneous interpretation booths.
• These are ideal for workshops or small meetings

Interpretation booths allow interpreters to do their work in complete silence and with full confidence, without any disturbance. Delegates can also thus enjoy the best quality of work in multilingual communication.

• It provides efficient communication – simultaneous interpretation offers all delegates an equal opportunity to speak their mind and listen in their own language. This is genuinely called interactive communication where no one gets left behind due to a communication barrier.

• Communication in all its Entirety – As the interpretation happens simultaneously in real-time, the advantage is that none of the messages gets lost. It allows all the participants of an event the freedom to choose their words and present their views in the language that they are most comfortable with.

• A Better Result – Usually international events require a lot of work in putting everything together. Interpreting facilities at a conference can avoid a disappointing outcome by ensuring the correct communication is put out there to all the participants.

• It saves time – simultaneous interpretation saves time in having to translate all the documents of the speeches at a later stage and having them distributed to the participants. Time is of the essence at all international events, mainly if hosted by the United Nations. Real-time interpretation ensures that everyone present at the conference is aware of what is being discussed.