The History of Language Translation

The History of Language Translation 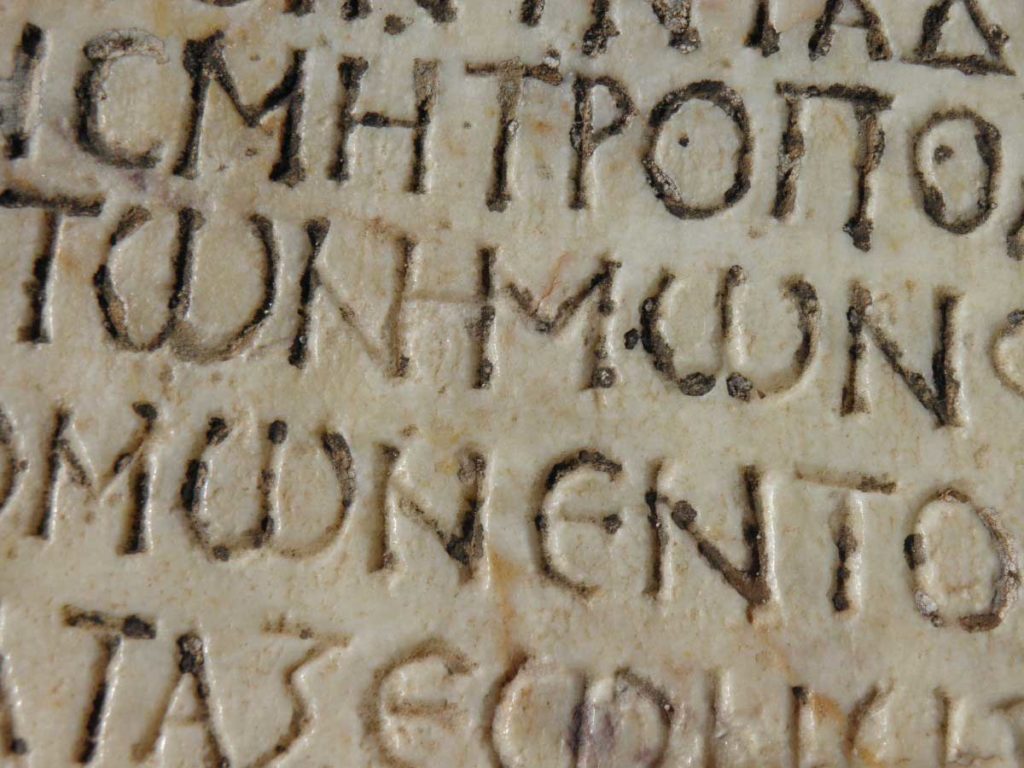 The word translation is derived from the Latin word – translatio – meaning carrying or bringing across. Therefore, in general, translation stands for carrying or bringing text from one language to another. Going back to the history lane of the 3rd century, the first ever translation that the world saw was of the translation of Hebrew Bible into Greek. At that time, the detached Jews had forgotten their inherited language, Hebrew, and therefore, to make it easier for them, the Bible was translated into the Greek language. This translation was given the name of Septuagint as there were a total of seventy translators working on this project. Each translator used to work in his own cell by being confined. The Septuagint, later, was even translated into Coptic, Latin, Georgian, Armenian, and several other languages. 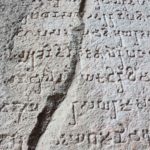 The word Metaphrase originated from the Ancient Greek word Metaphrasis, which means “to speak across.” In a literal way, the meaning of Metaphrase stands for exact word-to-word translation. This is in contrast to the word Paraphrase, which usually means “saying something in other words.” If history is to be believed, then these words were discovered by Cicero and Horace in Rome. And, throughout the 17th century, the usage was kept alive by Dryden.

Back in the Middle East, throughout the ancient societies, services of translations used to be a common phenomenon. At the time of history, there were myriad languages developed by ancient kingdoms, which kept people restricted from communicating with each other. Thus, the translation services served every purpose for them. Somewhere around 2500 BC, people used clay tablets to decrypt symbols from prehistoric Semitic languages, such as Eblaite and Sumerian.

During 1799, Napoleon’s French army discovered a stone slab, known as Rosetta Stone, that was used to engrave Hieroglyphics from Eblaite, Sumerian, and several other languages. In the present time, the unearthing of the Rosetta Stone was one of the foremost findings as it not only helped people to gauge the efforts of ancient translators but also provided an opportunity to scholars to learn and explain Egyptian hieroglyphics.

Although there were several famous ancient translators who worked on the Rosetta stone, however, one of the very famous personalities was Jean-Francois Champollion – a French Scholar. He was successful in translating the inscribed pronouncement in three different scripts – Demotic script, Ancient Greek, and Egyptian Hieroglyphics. Furthermore, he even did the discovery and proved that not every hieroglyphic was alphabet and that some of the symbols were even true representations of previous nouns and ideas.

When it comes to discussing the role of a translator, then it was the kind of profession that was meant to bridge the gap between cultural diversities. Somewhere in a 2nd century, when a Roman playwright, Terence, translated Greek comedies into Roman. It was the time when Jerome coined the term “sense for sense”. During his translation of Bible into the Latin language, he said that a translator should translate not just “word to word” but “sense for sense.”

Coming to the Medieval History, this was the period when the Western world had started learning Latin. Since it was a new language for half of the population, there were some translations from Latin to dialect languages just so that people could understand things seamlessly. Back in the 9th century, it is said that the translation of two major works of English, such as The Consolation of Philosophy by Boethius and Ecclesiastical History by Bede helped people to enhance their immature English prose. These two translations were authorized by the Kind of Wessex in England – Alfred the Great.

Later in the 12th century and 13th century, European scholars traveled from far away and settled down in Toledo, Spain to translate great religious, scientific, medical, and philosophical works from Greek, Hebrew and Arabic languages into Castilian and Latin languages. They were getting a huge sum of money for this translation job. And, generally, their meeting point used to be the Toledo School of Translators, which was famously known as Escuela de Traductores de Toledo.

In the Medieval period, the great translation that happened was by Geoffrey Chaucer during the 14th century. He translated Boethius’s Latin work and Roman De La Rose written in French into the English language. Not just that, but he also translated some work of Giovanni Boccaccio – an Italian humanist – into English. At that time, Italian and Latin were the two languages that were more popular than English. And, Geoffrey Chaucer founded a tradition that translated English poems into these two languages.

The optimum religious translation of the medieval time was done by John Wycliffe, who translated Wycliffe’s Bible from Latin to English.

And then, Greek knowledge was kept alive by Arab translators. After conquering the world of Greek, they made several Arabic versions of scientific and philosophical works. During the time of Middle Ages, these Arabic works were then translated into Latin, primarily at the schools of Spain. And, these translations of Arab and Greek into Latin helped reinforce Renaissance scholarship.

By the time of modern history, the need for translation and translators kept rising high. All throughout the history, translators managed to adapt literature work manually. However, as soon as it hit the early 1950s, the work escalated at a high rate. And, this was the time when translation became quite a laborious and intensive task. Therefore, engineers figured out a way to make translation automatic.

Since Machine translation is not competent enough to replace a human translator; hence, the entire focus was on developing such tools that would facilitate the process of translation and not replace the human translators. At the time of the 1990s, the propagation of internet and the introduction of the globalization era impacted machine translation in a very positive manner. With computers becoming inexpensive, the advanced technology of speech recognition software made the MT industry to thrive. During 1996, Systran offered free translations for a small text. Keeping an eye on them, AltaVista Babelfish company followed the same route of free translation and in 1997, they procured 500,00 requests for translations every day.

And then, in 2012, the announcement of Google broke all the records. According to the company, Google Translate was capable enough of translating so much that could fill up approximately 1 million books in a day. This was an incredible growth that the translation industry could ever experience. Though it is quite impossible to imagine the world without human translators, still, the machine translation is an efficient and cost-effective way of fulfilling translation requirements.

With an enhancement in the industrial revolution and rapid development in economy, new machines were introduced that made translation even swifter. Although, the 18th century made sure the translation industry got a good future, however, the era of the internet gave it the required push. It is true that the internet has a huge role to play in the revolutionized access, understanding, and translation of the texts and documents across the world.

Translators that have changed the History of Translation

The role of a translator is indeed significant in the translation industry. When talking about the Machine Translation, the fact that comes along is that it is the boon of the present era. However, translation is an old concept and in the earlier times, there used to be nothing but human translators.

The concept of a translator emerged somewhere in 2nd century BCE. During this time, Terence, who was a Roman playwright, translated Greek comedies into the Roman language. He had come to Rome as a slave. And, got his education while in slavery. Later, owing to his knowledge, he was freed by the king. He wrote six major plays and died young.

Another great translator was St. Jerome who coined the term sense for sense. Jerome was a priest, theologian, historian, and confessor. He was born in a village known as Stridon. He is mostly famous for his comments on the Gospels and his translation of the Bible into the Latin language. When it comes to talking about his writings, the list is quite large. Not just that, but he was also famous for teaching Christian moral life, especially to those people residing in the cosmopolitan centers, such as Rome.

Moving further, another great name in the field of translation was Kumarajiva. He was a Buddhist monk, translator, and a scholar. He was popularly known for his inexhaustible translation of Buddhist texts, written in Sanskrit, into Chinese. This was one of the most recognizable and colossal works that he executed in the late 4th century. Apart from this, his well-known work was translating Diamond Sutra, which was a significant Mahayana Sutra of East Asia.

Coming to the medieval period, the first ever amazing translation into the English language was done by Geoffrey Chaucer during the 14th century. He was known as the Father of English Literature. And, not just in the Middle age, but even today, he is considered as one of the finest poets of English. Not just he was an author, astronomer, and a philosopher, but he also had a great career as a bureaucrat, diplomat, and courtier. He was the first poet who got a burial in Poets’ Corner of Westminster Abbey.

How we translate today?

With a significant development in technology, the translation industry has evolved to a great extent. Today, this service can be used in several situations and in different forms. Right from jobs to career paths, everything is developing around the translation service. Today, there are innumerable career opportunities for people in this industry. One such chance is to become a medical translator and then translate marketing or clinical documentation, regulatory information, the curriculum training and software for pharmaceutical companies. For the businesses that are contemplating to expand and appeal a completely new set of audience, procuring translation services have become necessary. Right from the services of translation business presentations & proposals to website content, marketing literature, medical history records, academic transcriptions, to translating many other written texts – there is a gamut of services that a translation company provides.

Today, the Machine Translation has taken over the world with a storm. Although it does not decrease the need for a human translator, still, machine translation has provided a helping hand in several situations and continues to do so as well. With a significant development in the technology and internet usage, it has become easier for people to use online translation tools to make quick adaptations. Whether they are sitting in a restaurant with the menu written in a different language or are traveling to a new country altogether, with the help of technology, it just takes a matter of few seconds or minutes to translate a text from one language to the other.

With the invention of new machinery, the time invested in translating texts has considerably decreased. This has given an opportunity to business owners to concentrate more on entering foreign markets and developing their businesses.

Moreover, this modernized revolution has also made deciphering new cultures a seamless process. Even if the translator has no idea of the target audience, it just takes a bit of research to dive deeper into the new culture and ethics.

Despite the availability of pervasive machine translation and computer-assisted translation tools, there are some translators who contemplate getting a comparison as that with an artist. They not only want a credit for their perilous life but also for the knowledge, craft, passion, and dedication that they put in their work.